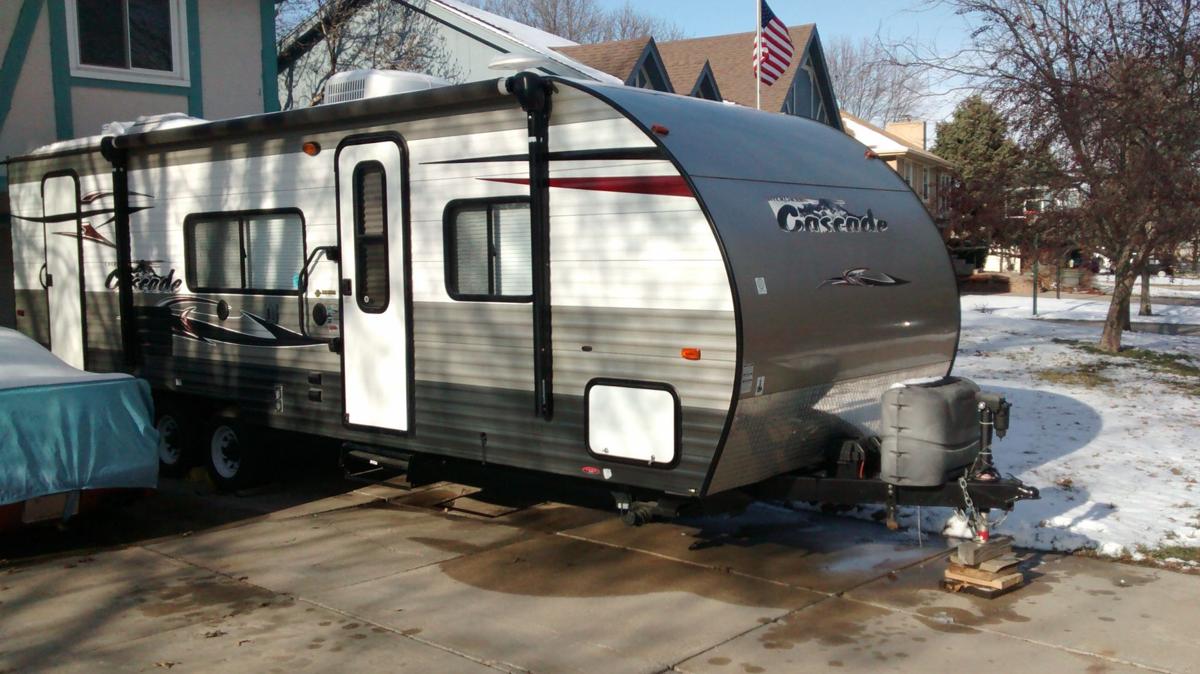 A proposed amendment to a Papillion ordinance would make it illegal to park any recreational vehicle longer than 20 feet in a driveway.

When a group of recreational vehicle owners approached the City of Papillion last August, they were looking for relief from a seemingly sudden barrage of parking citations. Instead, the city’s public safety committee decided that the law should be more rigid.

The ordinance isn’t consistent, the safety committee found. It should be amended to prohibit all types of recreational vehicles over 20 feet in length from being parked in driveways, the group said. Right now, the ordinance prohibits any type of trailer more than 20 feet long, as well as class A RVs — large buslike motorhomes. Class B and C motorhomes — usually built on a van or truck chassis — are permitted if they are less than 20 feet long.

But the proposed change has riled Papillion’s RV owners and may never come to fruition. At a meeting last week, more than 50 RV owners packed the council chamber, and the city’s Planning Commission unanimously voted to recommend that the ordinance be dismissed by City Council. The council is slated to consider the ordinance at its March 7 meeting.

“It’s a major issue with a good subset of citizens in Papillion,” said Alan Brummel, a longtime RV owner who’s led the resistance effort. “But we feel like we’re starting to be heard by some of our elected and appointed officials now.”

The saga began on a summer day in 2016. Brummel and his wife, Adriene, have parked an RV in their driveway for the better part of 19 years. They weren’t even aware of the current city ordinance limiting the size of motorized RVs that can be parked in driveways. But that day, they got their first citation. Other neighbors got citations too.

The City of Papillion received between 60 and 70 complaints about RVs in people’s driveways during the last year, said Trenton Albers, Papillion’s spokesman.

As is the case with many city ordinances, enforcement is on a complaints-driven basis. The Brummels and their fellow RV owners wondered: Where were these complaints coming from? Why now?

They formed an association — the Papillion RV Owners Citizen Group. They went to the city and asked that the ordinance be relaxed. The matter got passed along to the public safety committee. As members reviewed the law, the committee noticed how incongruent it was. There was support among committee members for changing the ordinance, but not for loosening regulations. Members wanted to apply the 20-foot rule to all types of recreational vehicles.

Thus the amendment was born.

The public safety committee handled the issue because it deals with an array of issues related to city code, Albers said.

Under the proposed ordinance, anything longer than 20 feet would be considered a commercial vehicle and would be permitted to be parked in driveways only for loading and unloading purposes for up to 48 hours, twice a year. RVs of any size would continue to be allowed in back areas, as is already permitted.

But a lot of people have paid to pave areas in front of their homes to store RVs, the Brummels said.

And their parking concerns persist even if the new ordinance isn’t approved. Without the city doing away with the 20-foot rule, they’re out of luck.

They won’t be able park their 26-foot camper in their driveway anymore. They’ll have to shell out some cash for a storage facility — if they can find one.

“The demand is exceeding space as far as storage spots go,” he said. “So that’s going to be a real problem.”

And on top of that, most RVs sold are more than 20 feet long, Chovanec said. “That’s going to eliminate just about every RV out there.”

The smallest RVs sold at Apache Camper Center are 18 or 19 feet, Chovanec said, and they don’t sell well.

The Brummels want to keep Papillion an RV-friendly place to live.

“We just want to get our message out,” Alan Brummel said. “So we can have a fruitful dialogue with those who make the laws.”

A previous version of this story misstated the class of RVs that are currently prohibited in Papillion’s ordinance.